I didn’t know that Chinese had a phonetic alphabet! Thank you for the info!

In in! I just started learning Chinese recently. I’ve seen this phonetic, I want to learn it - but I think I’ll go with pinyin because my textbook uses it. I’ve been a bit slow in my lessons lately because I’m working a 50 hour week & riding my bike 45 minutes each way - so I’m taaaard. But I’m keeping up with it in small steps.

I didn’t know that Chinese had a phonetic alphabet! Thank you for the info!

I figured most people wouldn’t know, but I thought it would be useful to see where the romanization comes from, so that’s why I chose this for the first lesson.

In in! I just started learning Chinese recently. I’ve seen this phonetic, I want to learn it - but I think I’ll go with pinyin because my textbook uses it. I’ve been a bit slow in my lessons lately because I’m working a 50 hour week & riding my bike 45 minutes each way - so I’m taaaard. But I’m keeping up with it in small steps.

Welcome! I do plan to stick with pīnyīn in this thread, since it’s more commonly used now and easier to type. However just make sure to read it in the Chinese way and not the English way

I sometimes convert the pīnyīn back to zhùyīn in my head to avoid doing that, especially for the “zh”, “z” and “c” sounds. And also the “-i” after stand-alone consonants.

As you may have noticed in the previous lesson, some of the characters have the comment “Simplified:” next to them, with a different, but somewhat similar character. This is because Chinese has two writing systems, namely 繁體 (fántǐ), literally “complicated form”, or Traditional, and 简体 (jiǎntǐ), literally “simplified form”, or simply Simplified.

Some background on written Chinese:

In the olden days, there was only the Traditional form.
An interesting thing about written Chinese is that despite the different variations or dialects, they many characters are written the same. Thus people from different regions could understand each other, through writing, may be able to pick out familiar words or phrases in other dialects despite the characters possibly being pronounced completely differently in each variation (all phonetics in this thread are for Mandarin, unless otherwise specified).

At some point, Simplified Chinese was developed in an attempt to improve literacy, [citation needed] basically simplifying the strokes of more complex characters, and sometimes merging two similar characters into one, so that fewer characters would have to be learned. Simplified, then, looks less intimidating, especially to new learners. As an effect, it generally becomes easier to write and to read, especially when typed with smaller fonts and in bold.

However, this simplification also comes with a downside, the main one is that the meaning of the word is sometimes lost.

The traditional form contains the word 心 (xīn), which means “heart”. This is completely lost in the Simplified form. I have no idea why they designed it this way. Apparently 心 is more difficult to write when part of a more complex character?

The Epoch Times gives some more examples of loss of meaning.

Anyway a good thing is that a lot of the simplifications are done in logical patterns. For example, the character 說 (shuō) meaning “to say” is simplified to 说. Whenever you see the root 言 (yán), or “word” / “speech”, in a traditional character, it will always be simplified in the same way (though interestingly enough, “言” itself is still retained as “言”). In the Simplified version, the 口 (kǒu) or “mouth” is gone. However if you’re familiar with this pattern, you would be able to associate it for other words.

Personally I prefer Traditional Chinese, because that was what I learned. My first reaction to Simplfied Chinese was disappointment, and somewhat disgust, feeling that it was not “real” Chinese. However, I recognize its growing use and plan to include the Simplified version for all lessons, so it won’t be necessary to learn both, and you can stick with the form you prefer or are already learning.

While I didn’t explicitly learn Simplified Chinese, many of the characters are the same, or similar enough to Traditional form to decipher easily. For those completely different characters, it’s easy enough to become familiar with them through exposure, especially if they are common words. (And if they’re not, then they won’t come up much

Simplified Chinese is generally more widely used nowadays in China and Singapore, while Traditional Chinese is still used in Hong Kong, Taiwan and parts of Southeast Asia. Thus your learning source would be a big factor in which writing system is taught.

[Poll]So which form are you learning / which would you like to learn?[/Poll]

There are many different ways to type Chinese characters! You can type using phonetics, stroke order, roots, or even by manually writing the character on your screen. Having different input methods is useful for when you have only partial familiarity with the character you wish to type.

Below are some of the common input methods, available for both Simplified and Traditional Chinese.

Personally, I find the Pīnyīn keyboard the easiest to use, and just switch to handwriting if I don’t know how the word is pronounced, or if I want to practice writing out the character. Choose the one, or ones, which would work best for you

As of March 2020, I have been trying out Cāngjié, and I find it fun to use, though I sometimes have to look up the codes for words I can’t figure out yet.

Chinese is relatively easy in terms of grammar and sentence construction. There are no cases, no conjugation, no plural forms, no verb tenses, no articles. There is just the basic Subject - Verb - Object. Once you build your vocabulary, it will be pretty straightforward to form sentences. So let’s start with personal pronouns, since these will be used in most basic sentences.

All of these are written the same in Traditional and Simplified form. Note that there are two words for “you”, which is also common in other languages. 你 (nǐ) is the informal form, while 您 (nín) is the polite form, used for example with elders.

For third person pronouns, there is no gender distinction in spoken Chinese, as all variations are pronounced exactly the same (tā). There are also other less common variations in writing:

Now try to read and translate the following sentences:

In this lesson, let’s learn to introduce our (immediate) family. First, let’s learn the word for house/home/family, which is the same in both Traditional and Simplified Chinese:

Here’s a sample introduction for a family of five:

Note that Chinese uses a measure word 個 Simplified: 个 (gè) to indicate the number of people. For now, just remember to always add this when talking about how many people there are.

Note also that when refering to your siblings, birth order is important. Older siblings are given a distinction versus younger siblings. In Chinese, you don’t call your older siblings by their name, but by their titles, 哥哥 (gège) or 姐姐 (jiějie), as a form of respect, similar to how you don’t normally call your parents by their names. (This is why in English subtitles you sometimes get the translation of someone calling their siblings “older brother” or “older sister”, which sounds awkward in English, but is perfectly natural in Chinese.)

Females also generally have the radical 女 (nǚ), meaning “woman” on the left part of the character.

As you may have more or less than five people in your family, here’s some additional vocabulary: (these are the same in Traditional and Simplified):

If you have more than ten members in your family, no worries! Numbers are easy in Chinese once you can count to ten, and this will be the next lesson.

Here are some more examples!

I will never learn Chinese but I love the symbols and explanations.

Good to know you enjoy it, moogle

Updated the previous lesson with some examples

For this lesson, let’s learn to count in Chinese!

數 Simplified: 数 (shù) is the Chinese word for “number”. When pronounced with the third tone (shǔ) [Citation needed], the same character means “to count”. And when combined with the word for “learn” or “study”, 數學 Simplified: 数学 (shùxué) is the term for “Mathematics”.

In the last lesson, we already learned the numbers 1-10, which are the same in Traditional and Simplified Chinese:

Chinese numbers work similarly to Arabic numerals in the decimal system. That is, to get 11, we just put together 10 and 1, or 十一 (shíyī). How do you think we would write 15?

I was considering typing out all the numbers to completely illustrate, but I’ll just link to this post from https://blogs.transparent.com instead, which goes all the way to 100, 一百 (yìbǎi), and even throws in the number zero, 零 (líng) for no extra charge!

And there you have it, counting in Chinese is as easy as 一二三！

Hi everyone, 大家好 (dàjiā hǎo). For this lesson, we’ll be dealing with large numbers. In English, Numbers are grouped by 1,000’s , with a new term introduced for every 1,000 of the previous term:

For the full table:

What numbers are these? 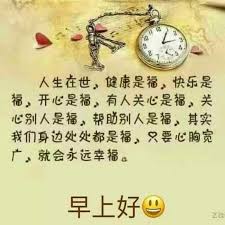 great id love to practice my chinese with other people!
\

This is definitely the most difficult language I have touched on so far.

Which methods do you use for studying? And even more interestingly: what is your motivation to pick up such a daunting language?

I am using DominoChinese. Been studying for 3 months now. Hanzis are easy for me becase of my previous Japanese studies

But I am in no way conversational. I can read simple books though.

I took 2 years of chinese in college. Now I am using www.duolingo.com and rossetta stone that i get with my library card and also there is a chinese course on www.coursera.org

I’m waiting for my Coursera license (can get one at work). I originally wanted it for other purposes, but maybe I give the Chinese course a try, too. Thanks for the hint

I used the Hello Chinese app for starters. And now I am mostly using my dictionary app Pleco, which also has flash cards.

Would you guys want to add or contribute to a lesson? The best way to learn is to teach