It’s been a while since I participated in one of these, but I truly miss investing time in lucid dreaming…

My main motivations to do it are seeing up close how amazing how mind is, coming up with all this, and how that can relate to our connection to other people. There’s also a heavy storytelling element in my motivation, where I see my and my DC’s adventures as inspiration for my writing.

^ You’re doing the NDC and the LC at the same time? Best of luck to you!

In any case, we have ten participants! In the interest of giving everybody one solid weekend to attack each task, I’ll put up Task 1 tomorrow afternoon (EDT) so that the participants east of the Atlantic see it before going to bed.

I wasn’t planning on signing up, as I was going to take a break from the LC, but this one looks too fun. I may not be as active as normal, so if this fills up, you can always remove me if there are too many people; otherwise, I look forward to these new groups.

Thorn said I should join. My real personal goal is to get lucid once during this challenge

Took me a while to decide what team I wanted to be on. I’ve spent a lot of time exploring my dreams as it is and I find shapeshifting very easy, actually! My summoning skills need a little bit of work, so Action it is.
Also, I get to be on Rhewin’s team… and dreaming of him is easy.

Only gonna count LD points for dreams in which I do tasks. Won’t post them otherwise.

Okay, let’s get started! My condolences to James_UK2008, who had a visceral shapeshifting LD the night before the LC started.

Remember, you earn full credit for generic subtasks and tasks color-coded for your team—Action, Traveler, and Shapeshifter—but half credit for others. This is done to prevent people from doing things they don’t like just to get the highest-valued subtask done; your desired subtasks will award the most for you!

Isn’t lucidity great? When we become lucid, it’s as if a dormant part of our brain suddenly turns on. That said, we don’t always become fully conscious and have access to all of our memories when we realize we are dreaming. This task will give a few points for getting your brain to do things that should be easy in waking life but are sometimes harder in dreams. It will also have points for using your brain in ways beyond what is actually possible and for exploring how those impossible activities get presented in fiction. As there’s no combo points available until a second task starts, this week will have plenty of task parts to keep the stronger lucid dreamers occupied.

Beyond that, remember that you have 48 hours to design a Team Dream as an additional 30 point subtask (or half of that if you meet somebody from another team and do his/her Team Dream). You need to decide on the following facts based on your team. You can discuss things however you like and get the information to me however you like before the 48 hours is up. Since one team is a bit large to coordinate, I’ve set up online workspaces for teams just as I did in LC 39 that you may use if desired; check your PMs for a link.

Best of luck to everybody! Let the games begin!

I’m drawing a blank on this task:

Become something other than a human that is associated with mental/psychic/aura-based powers (a ghost, certain fictional characters, certain creatures of myth, etc.):

Can anyone give me some examples or ideas?

I’m drawing a blank on this task:

Become something other than a human that is associated with mental/psychic/aura-based powers (a ghost, certain fictional characters, certain creatures of myth, etc.):

Can anyone give me some examples or ideas?

King Worm from Adventure Time! He uses a mental power to trap people in lucid dreams so he can suck their life force! 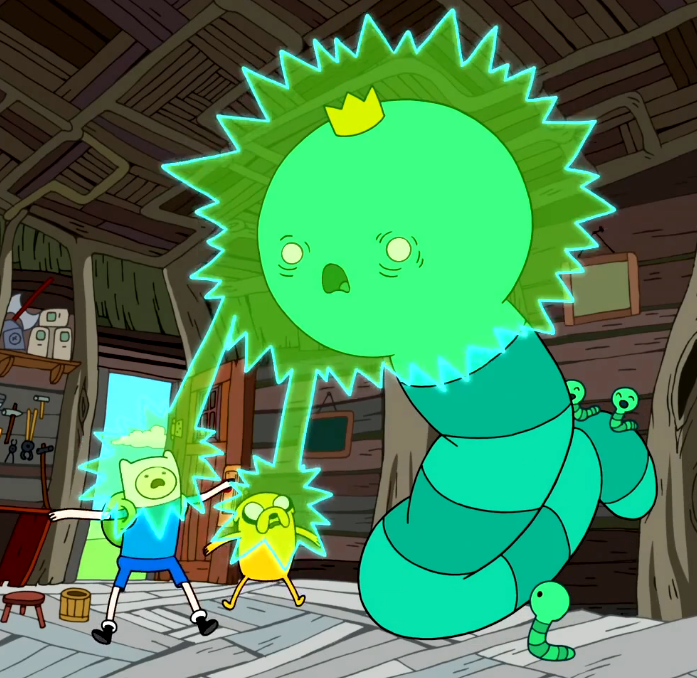 HeadInTheClouds: You were in the last LC, right? Do you remember the Pokémon task?

Continuing with games, I can think of a psychic character in Sonic games as well. There’s plenty of examples, but these two come to mind for me quickly.

Lucid in the first 2h 29 minutes of sleep. No tasks yet. I had focused on my intention to become lucid for 15 mins before falling asleep. To the point that I was angry if I didn’t. This transferred to a dream nicely, but I guess I started waking up, it didn’t last long

Congrats to Letaali for getting the first points of the LC!

The scores will be hosted here, and I’ll keep the link for scores in this topic’s first post. I’ll update the scores in text at the start of each task for the people that can’t see the linked spreadsheet.

Had a minor LD here that was probably no more than one minute long. I was able to remember the LC as well as the form I had set myself the night before but it didn’t really get very far due to lack of focus.

Sneakily swaps fridays LD with this one

The Action team has decided to move a car.

james_uk2008: I’ve updated the scores. Good attempt, and enjoy your tie for first place for the time being.

The Action team has locked in its Team Dream as moving a car with psychokinesis and can earn 30 points for doing it with a teammate. Other teams can also meet an Action team member and perform this for half credit (15 points). Get your teams’ ideas sorted quickly to set up your own 30-point subtask!

Had a short LD this morning where I stated next Saturdays date. I’m so relived, I was worried that my LDs would suddenly stop!

Team Shapeshifter has decided to take on the form of Mewtwo for the LC.

2 medium LDs with tasks done, false memories got in the way of my personal task.

Couldn’t get to the fortuneteller in time…

A hearty “congratulations” to Eterna for her early point gains, and a hearty “well, that was expected” to Wyvern for his points.

No partial Team Dream points are being given due to the idea of “half a subtask” not working well with deciding the winning team and not wanting to award 7.5 points to people partially completing other team’s dreams.

As james_uk2008 said, the Shapeshifter team has settled on becoming a Mewtwo with a teammate for its Team Dream. Remember, they’ll get 30 points for doing it, and anybody on another team can earn 15 for doing it with a Shapeshifter team member. I’ll accept any of the three canon Mewtwo forms from the Pokémon games because I’m too lazy to be picky.

I had three medium length lucid dreams and a non-lucid fragment.

^ Cool stuff! The scores are updated with those points. It’s awesome that we have five people who have scored already!